The Elephant In The Room

The recent ratings victory by both 610 Sports Radio as well as their afternoon host, Nick Wright has possibly signalled a seismic shift in Sports Talk in Kansas City. Some of the reasons listeners are turning off Kevin Kietzman’s Between The Lines are well documented. Â However, some might be more subtle, or rather, some might be just ignored outright. 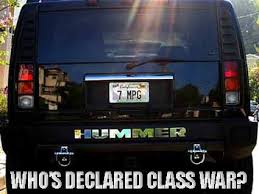 I’m wondering if the contrast between the two shows signals the deep-rooted class warfare present in Kansas City. And this is playing out in the Radio Wars. It seems to mirror the microcosm of race, class, politics and economics.

Kietzman’s show carries with it a strong bias towards what I’d call an “Overland Park-style” thinking. That would be categorized by Republican, anti-union, higher-income folks. Kietzman’s ads seem to be mostly centered in Johnson County, along Shawnee Mission drive. He spends full hours talking about grilling with BBQ grills that cost in the thousands of dollars and frequently talks about golf. Â They are the radio station of the Kansas City Chiefs – a team that requires $25 to park and $100 tickets. Â Last week, he spent a full hour talking about the new configuration of Loch Lloyd Country Club, one of the most expensive Country Clubs in the area.

Wright’s show spends time talking about events centered in the urban core. He talks more NBA basketball. His ads, part of the Entercom advertising group, seem to refelect a wider cross-section of the entire metro area. They are the radio station of the Kansas City Royals – a team that requires $10 to park and sometimes $5 tickets.Â He spent 45 minutes talking about Serena Williams’ ass the other day.

Could the political climate in the City be signaling a shift in listenership?

I live in the Northland, so we basically hate everyone south of the River. We’ve got Zona Rosa, but also great areas of poverty. We voted for Kay Barnes, but we also voted for Funkhouser. So we’re not too bright.

The “minority” base of Kansas City is growing, and I just wonder if that’s not carrying with it a backlash at the Overland Park culture? There has clearly been a backlash against the NASCAR and Grilling talk. Just looking for reasons why. Perhaps it’s the elephant in the room?

5 Responses to The Elephant In The Room